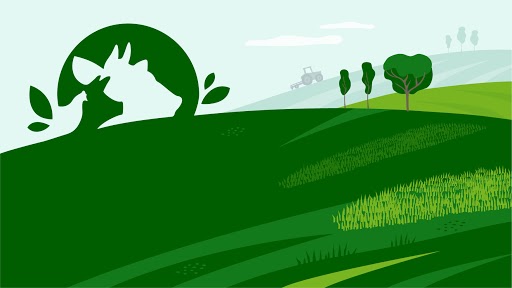 The transitions were formalized at the company’s recent annual sales and marketing meetings in Calgary. The meetings brought together team members from across Canada, the US and more broadly internationally, to report progress and initiate strategic plans for the new fiscal year.

CBS Bio Platforms has posted multiple consecutive years of record sales and growth, now serving farmers and other end use customers in more than 20 countries. CBS success has been fuelled by rising demand for the company’s flagship Feed Science Platforms (FSPs).

The FSPs offer natural-based feed additive solutions for improving efficiency, productivity, health, sustainability and more, across agriculture and beyond.

“The future is bright as we continue to build on momentum across global markets,” says Krisjan Jones. “Teamwork has been critical to our success. Everyone who is a part of CBS has pulled together and contributed. The next generation is more promising than ever as the pathway of innovation our company started many years ago continues to become more aligned with the needs of the marketplace.”

Making a difference at the farm gate

The CBS leadership group is poised to build on the legacy of company founder Owen Jones, who started CBS in 1984 based on a vision and philosophy of building a company driven to make a difference at the farm gate.

“Today’s leadership announcement recognizes the important contributions that Krisjan, Rob and Mark have made, along with our entire team, in transitioning our company to a new generation,” says Owen Jones. “But more importantly, it represents our preparedness for the future. CBS has come a long way over the past 38 years and in many ways we are just getting started. With the quality and depth of our team, the expansion of our platforms and services, and our continued commitment to science-based innovation, there is a lot of opportunity ahead.”

Strong team built for the future

The company also formally announced the addition of Chad Emery as Operations Director. An accomplished and proactive senior leader with multi-industry experience – including manufacturing, oil and gas and environmental – Emery has a track record of success improving plant efficiencies, increasing output and driving the adoption of company-wide national initiatives.

“It’s exciting to come to CBS at a time of growth and opportunity, when everyone is working together harder and smarter than ever to take us to the next level,” says Emery. “It’s a pivotal moment to further align our operations to provide the greatest quality, value and service possible to our partners and customers.”