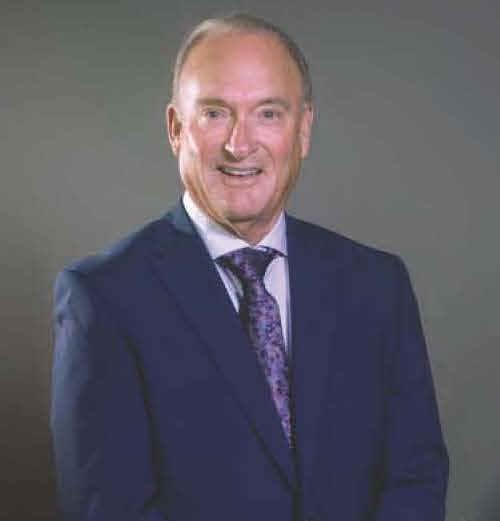 CBS Bio Platforms founder and president Owen Jones was among those recognized for oustanding leadership at the 2021 Business in Calgary Leadership Awards. (See Video here).

The prestigous awards recognize the owners, CEOs and presidents of Calgary companies who contribute in an outstanding way to a vibrant and growing city. Business in Calgary Leaders stand out in the community through their personal integrity, values, business initiatives, community involvement, innovation and philanthropy. All nominees are evaluated by an independent panel of judges, who select the winners.

Supporting farmers is at the core of the CBS DNA. Under Owen Jones’ leadership, CBS is a pioneer and world leader in enzyme technology and related bio-based technologies. Its high-quality, science-based solutions have allowed it to take advantage of the shift away from antibiotics and other conventional approaches toward innovative bio-based alternatives, with a stronger focus on natural ingredients and processes. CBS Inc. has supported scholarships and program funding to more than 250 Master’s and PhD students.

CBS Bio Platforms was founded as Canadian Bio-Systems by Owen Jones in 1984 as a start up (the rebrand to CBS Bio Platforms occurred in 2021). The company started with a focus on helping farmers enhance their feeding programs with more natural ingredients, primarily via enzyme technology, dealing in the development of novel enzyme supplements for animal feed that help farmers improve production while reducing environmental impacts.

CBS emerged as a pioneer in this field building into a world leader in enzyme technology while expanding its portfolio and applications of bio-based technologies.

Owen’s high standards set the template for the success of CBS and are reflected in several key principles that have formed the core of his approach for the company.

The first of these is a passion to drive innovations that make a real difference at the farm gate. When Owen started out building a career in the agriculture industry following University he valued time spent speaking directly with farmers and learning about their concerns and needs which often were overlooked.

Second is a devotion to integrity by providing high-quality science-based solutions, at a time when many competitors have lacked investment in a strong science foundation.

Third is identifying and sticking with a strong vision for the future, in this case identifying the coming shift away from antibiotics use toward sustainable alternatives (such as CBS technologies) and sticking to a game plan for transition and success which has subsequently played out over three decades and counting.

Spearheading opportunities around the world

As the CBS base of knowledge, expertise and solutions has expanded, so too have the company’s core research partnerships across Canada and beyond. The company has also expanded its technology, marketing and distribution partnerships worldwide including in the U.S., Asia Pacific, Europe and in numerous additional emerging markets.

To meet the primary mission of solutions that make a difference at the farm gate, Owen and team have implemented honed a business model that has remained steadfastly devoted to a producer focus. Owen recognized in this space is it the farmer who can really tell whether a product works or not and how much value it has or not. While competitors have focused on groups a step removed from the farmer, such as nutritionists, feed companies etc., Owen has kept a primary focus on the farmer. This has been a key competitive advantage that has driven success.

Growth plans are moving ahead at a robust annual pace based on further expansion both domestically and globally, taking advantage of the shift away from antibiotics and other conventional approaches toward innovative bio-based alternatives with a stronger focus on natural ingredients and processes.

“As we look to the future, the original vision of farm gate focused, science-based innovation has never been more relevant or important," says Jones. "It’s a tremendous time of evolution in agriculture and related sectors around the world. We are excited to continue to champion solutions that support the success of farmers and contribute to a strong and sustainable global agriculture industry.”